A gripping account of how a few good men, without any inherited authority or military clout, laboured to reshape the political destiny of India under trying circumstances with a newfound art viz. oratory or public speaking. The public speakers were actually far removed from loquacious men. They were purposeful readers and serious thinkers who were on a mission to enfranchise their countrymen. Thus they emerged as the new icons of the era whom people loved and cheered. They made the audience feel empowered and responsible unlike ever before in Indian history. They were the first to espouse national interest and demand accountability from the government. Despite the fact that the British were irked with their empire of eloquence, and a section of Indians was doubtful of the effectiveness of speeches, they continued to gain traction with the masses. 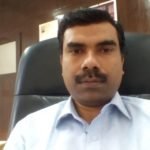 Priyadarshi Dutta was born in the erstwhile French colony of Chandernagore (West Bengal), not far from the house of revolutionary Rash Behari Bose. He grew up in New Delhi where he still lives and works. Dutta has worked at various places notably RajyaSabha Secretariat and lately as Consultant in the Information & Broadcasting Ministry. He is a regular writer of articles on national and international affairs in The Pioneer since 2001. He has a deep interest in the history of India.

Coeval with print journalism, but more directly concerned with politics, public speaking emerged as a limb of mass communication in India in the nineteenth century. No national leader was able to ignore the power of speech. A crop of quality speeches emerged during the late nineteenth and early twentieth century period. This book is the first attempt to reckon with that genesis and development of oratory in India. It promises to reconnect us with the foundational legacy of modern India, which transformed us from subjects into citizens.

There are no reviews yet.

Be the first to review “THE MICROPHONE MEN”